Seeing great female cartoon characters is always a great thought and inspiration for women all over the globe. This is because most times, these characters are portrayed to be in power positions, challenging the very concept of patriarchy. This inspires more women to be as strong as them, seeing them as heroines.

However, male characters mostly end up being the protagonist of a cartoon, and even video games. This is why many criticized the patriarchal producers for never placing strong female characters in the lead, or even giving them major roles apart from being the hero’s love interest.

One of the two primary female characters in the classic cartoon series The Simpsons, Lisa Simpson defines intelligence. This nerdy teenage girl from Springfield, the daughter of Homer and Marge Simpson and brother of Bart Simpson has entertained audiences for over three decades.

While she might not be the main character in the video game The Simpsons: Hit and Run, she definitely has a central role in the video game, Her appearances throughout the game bring a lot of comic relief and geekiness to the zany and quirky city of Springfield and its Grand Theft Auto style reimagination.

While Little Mermaid might have aged as a popular Disney movie, her character is still popular amongst Disney fans. Voted as one of the most beautiful female cartoon characters in all of Disney movies, her appearance in the Kingdom Hearts games came as a shock for many.

Appearing as a supporting character in the video game, she played an essential role in helping out protagonist Sora and his friends Riku and Kairi. Her interactions with various Final Fantasy characters from Square Enix were praised by gamers.

Who says women cannot be villains in any cartoon or video game? Maleficent, the antagonist of the Sleeping Beauty animated Disney movie, is also surprisingly the protagonist of the Maleficent live-action film, starring Angelina Jolie.

However, she retains all her glorious evil queen persona in the Kingdom Hearts game also. She appears as one of the main antagonists of the video game, sending her evil minions after Sora and his friends to stop them on his quest to become the master of the keyblade.

If you have ever seen any of the superb animated series by DC comics like The Batman, Superman, and The Justice League, Wonder Woman has been portrayed as one of the most powerful and iconic fictional female characters to ever grace cartoons and video games at the same time.

Appearing as a central character in the Justice League cartoon, she also makes an essential appearance in the Injustice fighting video games. Her bold appearance, massive strength, and her will to fight for oppressed women justify our choice for her being one of the best female cartoon characters of all time.

By now everyone has seen The Avengers movies and knows her fate in the end. While we are not going to spoil it here, she still is one of the most popular female cartoon characters from the Marvel comics.

Her appearance in the Avengers game was poorly received because of the poor voice acting and the negative reception that the game received. However, the legacy of the character still remains, especially after her fate is unveiled in Avengers: Endgame.

If you love Batman, you have to love Catwoman. Appearing as one of the Dark Knight’s romantic interests throughout the animated series The Batman, her character has received acclaim from critics and women alike because of her sassy and bold personality, and her undying love and support for the caped crusader, making her one of the best female cartoon characters.

While Wendy might be the least known female cartoon character on this list, she definitely has a significant role to play in the iconic cartoon series South Park. Her popularity was boosted more by her appearance as a significant character in the roleplaying game South Park: Stick of Truth.

While she may not be heroic or bold compared to the other characters on this list of female cartoon characters, she definitely has her charm praised by her female fan following.

Strong female cartoon characters are always welcome in any form of media, be it cartoons or video games. Women have always been less represented in these media as strong independent characters. They have always been shown to be soft, docile characters, who are mainly shown for their attractive appearances and as a romantic interest for the main hero.

Therefore, seeing such iconic fictional female cartoon characters like Wonder Woman and Lisa Simpson save the day in the end makes women feel empowered in this patriarchal world.

Lucia Patterson was born and raised in New York. She is a passionate blogger and also a contributor writer at Global Business Diary, Small Business Journal & The Global Magazine. As an admirer of history and art, she keeps traveling around to places that have a story to tell. 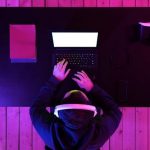 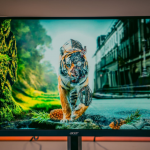 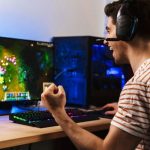